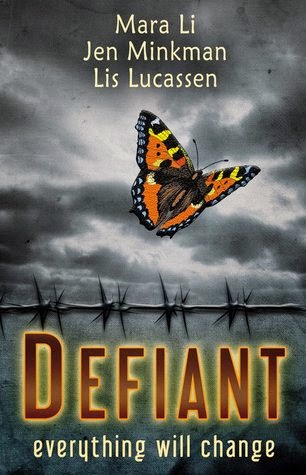 What can you do when the society you live in isn’t as good and grand as people want you to believe? For Emma, Leia, and Justa, there is only one way to survive – by being defiant.


Three young adult authors from the Netherlands use their storytelling talents to explore worlds where nothing is as it seems and no one is truly safe.

Some things are better left unsaid – or unquestioned.

When Emma finds a mysterious note in a coat that once belonged to her twin sister Sophia, the words written on it won’t leave her alone: “The Angel has come”. Angels are a part of forbidden folklore, remnants of the old Jewish religion that was banned by the Realm long ago. Sophia had secrets she never shared with Emma, and they demand to be unraveled. Now, Emma’s quest will change her world forever.

Leia lives on the Island, where children leave their parents to take care of themselves when they are only ten years old. Across this Island runs a wall that no one has ever crossed. No one wants to – because the Fools living in the west, behind the wall, are deluded and believe in illusions. That’s what The Book says, the only thing left to the Eastern Islanders by their ancestors.

But when a strange man washes ashore and Leia meets a Fool face to face, her life will never be the same. Is what she and her friends believe about the Island really true?

When Justa is summoned for jury duty in the Tribunal, she is sure of one thing: she needs to stick to the rules in order to get her best friend’s murderer convicted. In her society, jurisdiction is infallible. The choice ahead of her seems clear – but soon, Justa is forced to choose between justice and lies. Will she use her head over her heart, or will Aron, the accused who dares to look at her with such disdain in his eyes, change her mind for good?

When I was offered the opportunity to read Defiant, a collection of three Dutch author's young adult work, I was thrilled to do so.    I have been enamoured with the thoughtful approach Jen Minkman takes in her writing and I was hungry to try some other Dutch authors as well.   I was not disappointed in any of the stories in this collection.

All three stories had one thing in common and that was the beliefs that their lives were as they were meant to be.   They believed in their governments and societys' propaganda and had no idea, there were other ways to live or believe...until they were startled into realizing another perspective existed.   At that point the main characters were faced with decisions.   Would they remain loyal to their way of life or would they challenge themselves for more?

All three writer's presented unique stories and characters...characters who were very easy to empathize with and root for their success.

If you like a read that makes you think and invites you into it, this anthology may be just what you need to read.

I rated this a 5 wink read.

Disclaimer:  I read for my pleasure.   I may receive ARC copies for review purposes, but I am not compensated for my reviews .  I like to read and I like to share my reviews.   I post my thoughts without prejudice or bias.  The words are mine and I write reviews based on my humble opinion.  I will admit, I seldom meet a book I don't like.  I received a copy of this book from the author or their representative in exchange for an honest review. 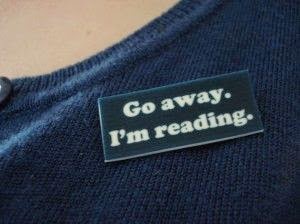