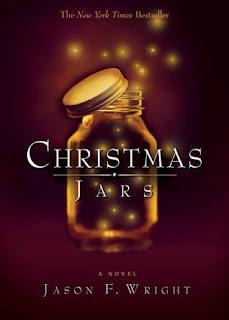 Just when you think you have read the best book ever, along comes a different book, different by leaps and bounds and just as enjoyable, maybe even a little better, or just enough different to make that feel good feeling come alive again!   I am so grateful for books and the variety of creative souls on this wonderful planet we inhabit.   Thank you Jesus for this ride of so many lifetimes being shared through books!

Christmas Jars was just such a book!

Where had it come from? Whose money was it? Was I to spend it? Save it? Pass it on to someone more needy? Above all else, why was I chosen? Certainly there were others, countless others, more needy than me... Her reporter's intuition insisted that a remarkable story was on the verge of the front page. Newspaper reporter Hope Jensen uncovers the remarkable secret behind the "Christmas Jars", glass jars filled with coins and bills anonymously left for people in need. But along the way, Hope discovers much more than the origin of the jars. When some unexpected news sets off a chain reaction of kindness, Hope's greatest Christmas Eve wish comes true.

I loved this Christmas read.  It was short at 149 pages, but every page was worthy of being read.  More than one lesson was contained within the pages of this Christmas novella.

Choosing to misrepresent herself, she inserted herself into the unsuspecting family.   She wrestled with her conscience, but did not win the battle and she continued to glean information.   When things are misrepresented, good people tend to regret their decisions and the conscience continues to prick their guilt, until everything gets blown way out of proportion....at least  between their ears.   So it was with Hope.    She had to distance herself from this family that she had come to love and need in order to assuage her guilt.

The story is ingenious as it begins with Hope as an infant left in a cafe booth with an anonymous note asking the person who finds her to care for her.   It carefully weaves a story of love and comes back full circle to the same cafe years later.   It is enchanting, delightful and certainly brings to life the spirit of giving.

I rated this a 5 wink read!

Disclaimer:  I read for my pleasure.   I may receive ARC copies for review purposes, but I am not compensated for my reviews .  I like to read and I like to share my reviews.   I post my thoughts without prejudice or bias.  The words are mine and I write reviews based on my humble opinion.  I will admit, I seldom meet a book I don't like.    I purchased this book for my own personal collection. 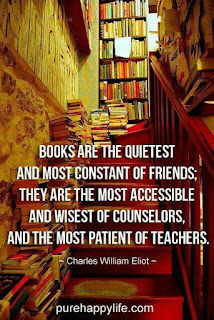