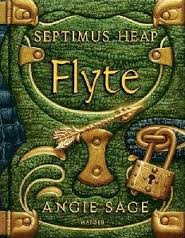 Some days are just meant to make you sigh a sigh of appreciation and this was one of those days you love to remember forever.   Before I go on, I want you to know that all three of my grandsons and the baby granddaughter are all my favorite grandchildren.  I couldn't love any of them more and I try to be fair and love them equally.   I have written about Noah before and that it may seem that I favor him.  It's just that my husband babysat for Noah since birth and I have a special bond with him.   We love to read!

I have spent the small fortune only a grandmother can on books for my grandkids.   Probably due to my motto "if you can read, you can accomplish anything" .   We held a family contest/challenge a couple of years ago...who could read the most during a given 12 month period.  Noah won for the kids.   It probably wasn't fair because he spent alot of time with me.   The prize of course was a book of his choice.   He reads!

He invited me to school with him today.  Today was their Pizza Party for the Book It reading program sponsored by Pizza Hutt.  He's in 5th grade and after this year, he will not be inviting me to go to school with him again.   In Middle School kids don't invite their grandparents.  So today was special and this old grandma found out how much her math skills are found lacking.  We worked with fractions and I missed the first problem...after that though, I got an A in math.   Of course his work was done expediently and mine took much longer.   Later in science I found myself grasping a science concept I hadn't thought about in ages.  Then we ate pizza and after lunch I left.   I needed to check on the husband and the dogs ...I'm sure one of the three probably needed to be let out.  Lol.   So I bade my farewells, and told Noah I would be
back to pick him up.

Dismissal time found me parked in our familiar parking space and Noah raced to join me.  "I had the worst day ever!"  he could barely contain himself.   I was floored so I quizzed him about it.    They had that "5th grade talk" and he was grossed out!   Good thing he has next week off from school to recover.   But when he emptied his book bag, he had checked out book #2 in the Septimus Heap series.   He is currently reading book one and i had told him I had only read book one in the series.    I get to read book #2 on spring break.   Now I ask you, am I not the luckiest grandma in the world?    We love to read.
Posted by Unknown at 6:53 PM

I should say so! You are the luckiest grandma in the world! ;)