I have to admit, the first thing that drew me to this young adult read was the cover.   I am in awe of the lovely book covers that are designed for our reading pleasure!
The second thing was the great reviews that I had read, so I ordered the book and was not disappointed in the read.    When I read a book, I don't really care too much about the truth of it or the believability.   I accept what the author puts out as "story" for what it is and do not allow idiosynchrysies  to annoy me.
The premise of the book is that men live to age 25 and women to age 20 when "the virus" ends their young lives.   Genrations ago, a scientific cure for cancer, diabetes and heart disease backfired affecting future generations and dooming them to such short lifespans.  And something also happened, though, it is never explained, to limit life as we know it to North America only.
Thus in this short lived world, the rich are looking at these young women as breeding stock to replenish the population, and study their young for potential cures.   Our Heroine, Rhine Ellery, is sixteen years old and lives with her twin brother, Rowan, after the deaths of their laboratory researching parents are killed in a bombing at the lab.   They of course are struggling to survive when Rhine responds to an ad for work.   When she arrives she is disturbed to find out she has been deceived and she and other young women are stuffed into a van and shipped elsewhere.    They are allowed out only to be inspected by their purchaser, Linden  Ashby.  He selects 18 year old Jenna, 13 yr old Cecily, and 16 year old Rhine to be his future brides.   The remaining girls are disposed of with a gunshots.
Linden is the son of a scientist frantic to find a cure for this virus. and it is his father, Vaughn, who is in total control of everyone working and lodging in their mansion.   Linden's true love Rose, is now dying from the virus and when she is gone, Linden will marry all three of the girls he has chosen.
Being a sister wife to Linden is not what Rhine has in mind for her future and our story is about how Rhine perceives her captors, her sister wives, and the plan she devises for her escape.   Her relationship with Linden, his first wife and her sister wives is a rich tale and Rhine is true to herself if nothing else.   She befriends a servant, Gabriel and becomes the favorite of the servants, as well as being the apple of Linden's eye.
I loved the story.   I could relate to Rhine; her character so well developed.  All of the primary players were well developed and the story flowed without stop.   It was rich with emotion and determination.   Offered the life of the wealthy and a position of elevation where she would be pampered, she still chose freedom!  And the development of the sister wives as they grew into their roles during their year of captivity was awesome and quite believable.   DeStefano's writing is fluid and entertaining.   She is probably one of the best young adult dystiopian writers out there, so I highly recommend this book. I don't believe you will be disappointed.

It's the beginning of June.....WHAT DID YOU READ LAST MONTH?

Here is a list of what I read in May: 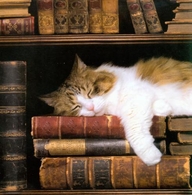