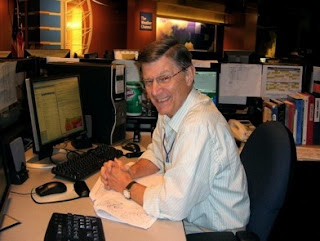 Shortly before Christmas, I was out walking Stormy the Wonder Dog (my wife and I wonder why we got him, an overactive Shih Tzu) on a chilly afternoon.  A neighbor pulled along side me in his car, stopped and reached across the passenger seat to crank--yes, crank--down the window.

“Thanks,” I said, pleased the neighbor, a casual acquaintance, felt compelled to stop and tell me.

“At times,” he said, “I couldn’t tell what was real and what was coming from your head.”
Meaning my imagination, I guess.

I hadn’t thought about it before, but I suppose the blend of fact and fiction is what makes Plague so scary.  A lot of stuff in the book is, in fact, real: the details of the Ebola virus--how and where it kills, how it spreads, how lethal it is; the brief history of biowarfare research; and the description of the Russian Cold War “factory of death,” the Koltsovo Institute of Technology in Siberia.

As you’ll discover when you read the novel, there have been efforts to weaponize the Ebola virus.  But those efforts have had only very limited success in laboratory settings.  (Thank God.)

Don’t breathe too easily, however.  The brilliant Alnour Barashi in Plague changes all of that!

Thanks for being with us Buzz!    Don't you just love his smile?    Join us again soon! 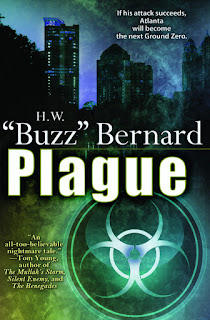 Deep in the secret recesses of a Cold War lab, the Russians created tons of deadly bio-weapons.  Now, decades later, a protege of that Russian research is about to release weaponized Ebola into the heart of the South’s most iconic city: Atlanta, where the symbols of American “decadence” range from a happily diverse population to the Coca-Cola museum and CNN headquarters.
A preliminary test of the horrifying virus demonstrates the unspeakable suffering of its victims–and alerts the Centers for Disease Control that a terrible pandemic is in the making.  CDC Virologist Dr. Dwight Butler begins a frantic effort to track down the source of the virus before it’s too late.
For new BioDawn CEO Richard Wainwright, it quickly becomes clear that the “accidental” plane crash that killed the pharmaceutical company’s entire executive hierarchy may have some connection to the evolving threat.  Suddenly, Richard is being stalked by a hit woman.  He and Butler join forces to find the lone terrorist at the center of a plan that could unleash the Black Plague of the 21st century.
240 pp.
Visit his website at www.BuzzBernard.com.

Buzz is graciously offering a free e-copy of his Medical Thriller,  Plague .   To enter, complete the Rafflecopter contest below:
a Rafflecopter giveaway
Posted by Unknown at 12:00 AM