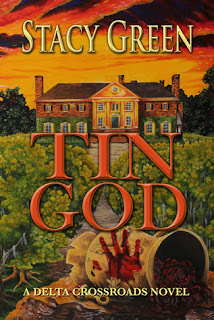 Getting pregnant as a teenager and being coerced into giving her baby up for adoption left a festering scar on Jaymee Ballard’s life. She hovers on the cusp of poverty, unable to escape. After the death of her best friend, Jaymee has nearly given up on getting her daughter back. And now she has found her boss–the only person she almost trusts–in a puddle of blood in one of Roselea, Mississippi’s prized antebellum mansions.

I just murdered your wife…again

Stuck in emotional purgatory since his wife’s unsolved murder four years ago, Nick Samuels is about to self-destruct. Then, a letter arrives claiming credit for his wife’s murder and boasting of a new kill. When he realizes the new victim is a mirror image of his wife, Nick rushes to historic Roselea determined to tie the murders together and find his wife’s killer.

Nick’s arrival turns Jaymee’s world upside down. His dead wife was Jaymee’s closest friend, and she’s never forgiven herself for the woman’s death. Jaymee realizes the secret she’s been harboring for years may be a motive for the killings, and coming clean with Nick sends them both on a dangerous course.

Up against years of deception, Jaymee and Nick rush to identify the murderer before Jaymee loses her last chance to expose the truth about her daughter’s adoption.

But the truth doesn’t always set the guilt-ridden free. Sometimes, it destroys them. 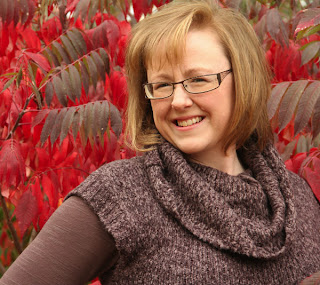 Raised in southeastern Iowa, Stacy Green grew up watching crime shows with her parents, so her love of suspense and psychological thrillers is no surprise. She’s fascinated by the workings of the criminal mind and explores true crime on her popular Thriller Thursday posts at her blog, Turning the Page.
After earning her degree in journalism, Stacy worked in advertising before becoming a
stay-at-home mom to her miracle child. She rediscovered her love of writing and wrote several articles for a city magazine before penning her first novel. She shelved the long drama and began working on a suspense book set in Las Vegas, featuring a heroine on the edge of disaster, a tormented villain, and the city’s infamous storm drains that house hundreds of homeless.
Into The Dark is suspense with a dash of romance, and Stacy is hard at work on her next book, a darker, grittier thriller set in the Deep South.
When she’s not writing, she spends all her time with her precocious daughter, supportive husband, and their three obnoxious but lovable canine children.
Follow Stacy online at her Blog, Twitter, Facebook, and  Web site.

Once again I am absolutely blown away by Stacy Green's writing!   Two chapters in and I was hooked...she had me invested, lock, stock and barrel and there was no escape for me.  The synopsis above pretty much tells what you need to know to be enticed to read this novel, but Stacy writes such real and likable characters with some astounding baggage and a prolific story with all kinds of twists and turns!    Just when I think I have it figured out, there is another unexpected aha moment and we trail after a character I never suspected could be involved in the who done it!!    I love her writing!  Tin God will certainly not disappoint those mystery/suspense lover's and I believe you will delight in her story from beginning to end!   It is very much a bittersweet read with the main character maturing into a very strong and responsible woman.    I rate this book at 5 Winks!

Disclaimer:  I read for my pleasure.   I may receive ARC copies for review purposes, but I am not compensated for my reviews .  I like to read and I like to share my reviews.   I post my thoughts without prejudice or bias.  The words are mine and I write reviews based on my humble opinion.  I will admit, I seldom meet a book I don't like.  I received a complimentary copy from the author in exchange for an honest review.