The Reunion by Dan Walsh....a review 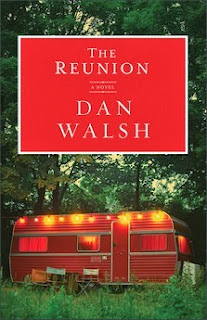 Good Morning Friends.    Today, I am pleased to bring you a review of Dan Walsh's, The Reunion.   As always, we'll start with the synopsis from GoodReads.

There are people in this world we pass right by without giving a second thought. They are almost invisible. Yet some of them have amazing stories to tell, if we'd only take the time to listen . . .
Aaron Miller was an old, worn-out Vietnam vet, a handyman in a trailer park. Forty years prior, he saved the lives of three young men in the field only to come home from the war and lose everything. But God is a master at finding and redeeming the lost things of life. Aaron is about to be found. And the one who finds him just might find the love of his life as well.
Expert storyteller Dan Walsh pens a new tale filled with the things his fans have come to love--forgiveness, redemption, love, and that certain bittersweet quality that few authors ever truly master. Fans old and new will find themselves drawn into this latest story about how God cares for everyone. 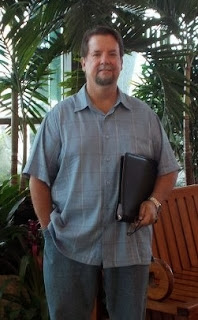 (also from GoodReads)
Dan Walsh's debut novel, The Unfinished Gift, rec'd a 4.5 Stars/Top Pick rating from RT Book Reviews and won 2 Carol Awards. It continues to be an Amazon bestseller during the Christmas season 4 years later.
With the sequel, The Homecoming, book reviewers began to liken his writing to NY Times bestselling author, Nicholas Sparks. Dan's 3rd novel, The Deepest Waters, earned his 3rd Carol Award for Best Short Historical. His 4th novel, Remembering Christmas became his first bestseller.
Since then, Dan has written 4 more novels. The Discovery and The Reunion were both finalists for RT's Inspirational Book of the Year. The Reunion has also been optioned for a movie by a Hallmark producer.
The other 2 novels, The Dance and The Promise, are co-authored with Gary Smalley, part of a 4-book series. The Dance has already become a CBA and an ECPA Bestseller.
Dan lives in the Daytona Beach area with his wife, Cindi, where he's busy researching and writing his next novel. They've been married for 36 years and have 2 grown children and 1 grandson.

I could be no happier.   I love to sit down with a good book and read to my heart's content.  Dan Walsh has written a beautiful story about a VietNam war veteran that is touching and satisfying.  I am so thankful that I read it.  His is a book that just reaches out and hugs the reader!

I was a little concerned with the number of characters I was meeting as I read and thought I might have trouble keeping track of them.  But it soon became clear who each and every one of them were and what their importance to the story was.  Aaron Miller was the main character and he had at one time been a man bent on self destruction.   He was an ordinary man who worked as a handyman at a trailer park.   He was friendly, but mainly kept to himself unless he felt prompted by God to help an individual in the park.   He was quiet and preferred not to be in the limelight...a very private man.

He also had won the medal of honor for his service in the marines, which Dave Russo hoped to write about in his book about VietNam Heroes; those who had been overlooked.   For Dave, it was a mystery as to where Aaron Miller might be.  Since Dave's own father had been killed in VietNam when he was a toddler, meeting Aaron had special meaning to Dave.    Reuniting Aaron with war buddies and family also became a beautiful challenge for Dave.

This writing is definitely Christian themed book; it says much about the folks we encounter each day.
What do we really know about their trials and tribulations?   How is what we see different from how God sees us individually?  It was written beautifully and I fell in love with these beautiful characters and their lives.   I'm rating this book  5 WINKS as I loved it.   Books that make me feel...it's what I love!

Disclaimer:  I read for my pleasure.   I may receive ARC copies for review purposes, but I am not compensated for my reviews .  I like to read and I like to share my reviews.   I post my thoughts without prejudice or bias.  The words are mine and I write reviews based on my humble opinion.  I will admit, I seldom meet a book I don't like. I received a complimentary copy from the author or the author’s representatives in exchange for an honest review.  I did purchase this book myself.