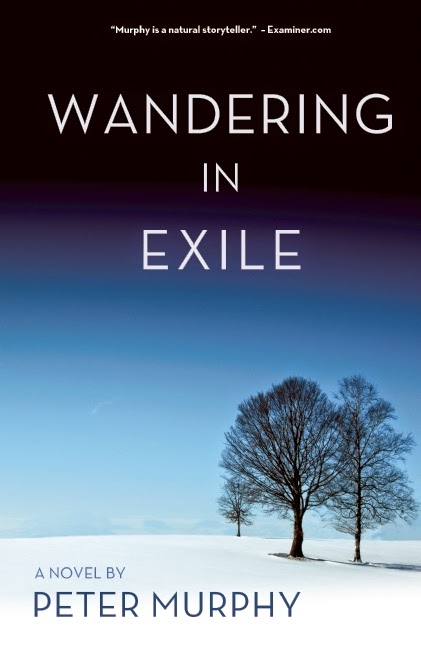 Danny Boyle was hoping for a fresh start in Canada. With the help of his uncle Martin, he'd soon found a job and a regular gig with a bar band. And when his sweetheart, Deirdre, joined him, Danny seemed set for life.But Fate wasn’t done with Danny, and when his uncle was stricken with AIDS, Deirdre did the only thing she could think of to save him from the darkness - she got pregnant. Rising to the occasion, Danny became a father with enthusiasm.With the arrival of their second child, though, mortgages, day-care, and the press of the day took their toll on the young couple. Battling the voice in his head that told him he wasn't suited for this role, Danny found an ally in the bottle. Soon, drinking became the only thing that made sense to him.Deirdre, however, refused to give up without a fight. If she could only get Danny to join her, they might even win.The sequel to Born & Bred, Wandering in Exile is the second novel in theLife & Times Trilogy, a cycle of novels that charts the course of one star-crossed life. Filled with poetic prose and brimming with poignant observation, it is a work of uncommon depth and resonance. 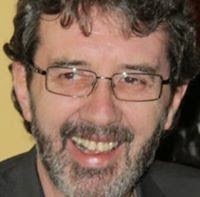 Peter Murphy was born in Killarney where he spent his first three years before his family was deported to Dublin, the Strumpet City.
Growing up in the verdant braes of Templeogue, Peter was schooled by the De La Salle brothers in Churchtown where he played rugby for ‘The Wine and Gold’. He also played football (soccer) in secret!
After that, he graduated and studied the Humanities in Grogan’s under the guidance of Scot’s corner and the bar staff; Paddy, Tommy and Sean.
Murphy financed his education by working summers on the buildings sites of London in such places as Cricklewood, Camden Town and Kilburn.
Murphy also tramped the roads of Europe playing music and living without a care in the world.
But his move to Canada changed all of that. He only came over for a while – thirty years ago.
He took a day job and played music in the bars at night until the demands of family life intervened.
Having raised his children and packed them off to University, Murphy answered the long ignored internal voice and began to write.
He has no plans to make plans for the future and is happy to let things unfold as they do anyway.

Wandering in Exile is the second book in the Life and Times trilogy.   The three novels cover the life of the main character and history making events that affected his life and growth.    When I finished Wandering in Exile, I had many confused thoughts and questions.   I believe I should have read the first novel, Born & Bred and I certainly intend to.

Wandering in Exile was aptly titled.  The main character, Danny Boyle, was certainly in exile,even if it could have resulted from his own creation.   All of us wander in exile from time to time or feel like it and for some it is a matter of permanence.    The book addresses the subjects of alcoholism and substance abuse, trying to do better and having to crash rock bottom and climb your way back up again.

There were many characters throughout the book going through their own exiles and telling their stories, which was somewhat confusing as well as the chapters where Antho and Martin conversed about their "overseeing" positions from the other side.

The book was certainly thought provoking.   My best suggestion to future readers though is to start with book one and read the entire trilogy in order to have the best understanding of who the different characters are and their purposes.  I believe I wouldn't have been as confused, had I read book one initially.

That being said, I did enjoy the storytelling and I found that the author stirred a multitude of emotions with his tale.   I rated this a four wink read.

Disclaimer:  I read for my pleasure.   I may receive ARC copies for review purposes, but I am not compensated for my reviews .  I like to read and I like to share my reviews.   I post my thoughts without prejudice or bias.  The words are mine and I write reviews based on my humble opinion.  I will admit, I seldom meet a book I don't like.  I received a copy of this book from the author or their representative in exchange for an honest review.
Posted by Unknown at 12:00 AM