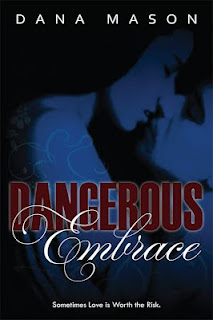 
Sarah Jennings wants nothing more than a quiet life—alone.


Raised by an eccentric mother, their life on the road only taught her how to run away from hard times. But when she finds herself in an abusive relationship, this lesson serves her well.


Now, back in her hometown, she's found a place she loves. She’s a first grade teacher, and with few friends and less family around, she has what she wants, a quiet life under the radar where she can be free of her past and live quietly. Finally comfortable in her own skin, she’s settled, and less fearful than she’s ever been in her life.

But it only takes one night and one act of violence for everything to change. Injured and afraid, Sarah wants to run again, but Mark Summors refuses to let her go.

Just when Sarah thinks she can have Mark and the life he promises, her past comes back to haunt her.

Mark Summors was born and raised in Santa Rosa. He married his high school sweetheart and never questioned his life, until he found his wife with another man.

Now divorced, he wants something more. He’s passionate about his job, he wants to protect people, and he devotes his life to it.

Sarah pried open her heavy eyelids and turned, trying to focus on the clock. “Ow, dammit!” She clenched her teeth and looked down at the sling tied to her arm. The smothering realization pressed on her chest. When the nausea hit, she flung the covers off and rushed to the bathroom, fighting to get to the toilet before her stomach heaved.
When the painful dry heaving stopped, she lay back on the cold tile floor, exhausted, and waited for the room to stop spinning. Her ragged breaths roared in her ears and seemed to echo in the quiet room. When her breathing slowed, the silence ebbed around her in waves, but when footsteps approached the bathroom door, she tensed again.
A bead of sweat dripped down her scalp and at the same time someone tapped at the door. Her pulse spiked and she fought like hell to remember who brought her home from the hospital.
She closed her eyes. “Who’s there?” The waver in her voice pissed her off. Gawd—please don’t let me be pathetic in front of whoever this is.
A hesitant and completely unfamiliar man’s voice said, “Are you all right? Do you need something?”
Sarah sucked in a hard breath. “Um…” She exhaled slowly. “Who are you?”
“Mark Summors.”
She stiffened and tried to sit up. “Do I know you?” she asked her voice pitching.
“I can explain if you open the door.”
She steadied herself against the bathtub. The sling had slipped up her arm, exposing the trail of bruises. She swallowed another wave of nausea and tried to put the pieces together. Mark Summors? She glanced around for something to use as a weapon just in case, then she wanted to laugh—and cry. Who the hell was she kidding? She rolled her eyes. Good plan, Sarah, take on a strange guy with a toilet brush.
“Can I come in?”  His voice was muffled as if he was resting his face against the door.
“Go ahead.” She clamped her mouth closed to suppress a shiver, then said, “It’s unlocked.”
The door eased open and a cup of water shot out at her.
“Oh, thank you,” she cried out, relieved to wash the disgusting film out of her mouth. She snatched the cup out of his hand and gulped it, letting her eyes lift above the rim to see his face.
“Ah.” Sarah choked and inhaled the water. She set the cup down, almost upending it as she dropped it. “Oh my God!” She would never forget those intense blue eyes, just like she would never forget the smell of her attacker’s breath. They were all thrown together in the same horrifying memory.

Let me begin with this, I have read some really amazing reads this month and Dangerous Embrace was no exception.    What a love story!   What a suspenseful thriller!    What a surprise this one turned out to be!    About the time I really got hooked, I found myself losing a good night's sleep.    Yes it was an all nighter.   But I think it was worth the 5 star rating I assessed.    Have you ever felt that life just kept knocking you down?    Well, that is what Sarah Jennings life had been like.    Her home life was less than stellar as her mother had 3 kids by different fathers and kept them on the road as she traveled here there and yon, basically running away from unpleasant encounters with men in a variety of towns across the nation.   At the age of seventeen Sarah was dating and then living with an abusive man older than she and she stayed because he had become her family.    She wanted to be loved and part of a real family and even though he was abusive, physically, emotionally and sexually, She tried to stay because he was more home than her mother had been.    Sarah was a really strong character, but she was filled with self loathing due to Kevin's constant reinforcementof his negative remarks about her.    Now after eight years of running away from him and establishing a new life in Santa Rosa, she finds herself once again victimized as she narrowly escapes an attempted rape outside of the elementary school where she taught.

The characters were believable and strong and the reader is totally involved in Sarah's growth to a healthier self esteem with the assistance of Mark Summors' love for her.  The two villains in the story were characters  so terrifying that this reader certainly held her breath in more than part of the story.  The first few chapters were kind of slow to get my attention, but I was hooked, line and sinker, once the pace picked up and I became one with the characters.
And the subjects of domestic abuse and rape by a stranger are certainly topics that are relevant to today's American Culture.   I certainly cheered for the heroes in this fast and absorbing read.    I will be more than willing to read and review anything Dana Mason has to off from here on out.    Thank you Ms Mason!   I loved it! 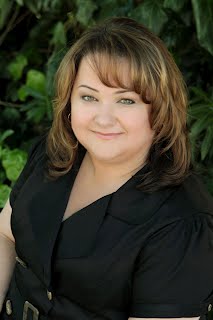 
Dana Mason started writing to prove to her computer geek husband and her math & science geek kids that she actually has a brain; it’s just a right functioning brain instead of a left. She’s lived all over the country and uses that experience in her writing and character studies. Her debut novel, Dangerous Embrace, is the first in a contemporary romance series about a group of friends from Northern California who learn just how short life can be when you don’t hold on to what’s important. Second chances don’t come easy…but sometimes love is worth the risk.
When not writing, Dana specializes in professional development and training. She’s also a board member on the local Art's Council and does what she can to support the art community.
As an avid reader and movie watcher, she always requires a happily ever after ending.

GIVE AWAY:    a Rafflecopter giveaway

For additional reviews and comments, please follow our our schedule below:

* Disclosure of Material Connection: I am a member of Reading Addiction Blog Tours and a copy of this book was provided to me by the author. Although payment may have been received by Reading Addiction Blog Tours, no payment was received by me in exchange for this review. There was no obligation to write a positive review. All opinions expressed are entirely my own and may not necessarily agree with those of the author, publisher, publicist, or readers of this review. This disclosure is in accordance with the Federal Trade Commision’s 16 CFR, Part 255, Guides Concerning Use of Endorcements and Testimonials in Advertising*

Wow, Beth, thank you so much for the great review! I'm so glad you liked Dangerous Embrace!