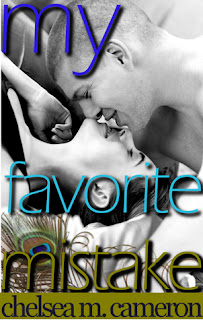 
Taylor
Caldwell can't decide if she wants to kiss her new college roommate or punch him.

On the one hand, Hunter Zaccadelli is a handsome, blue-eyed bundle of charm. On the other, he's a tattooed, guitar-playing bundle of bad boy. Maybe that's why Taylor's afraid of falling in love with him, or anyone else. She doesn't want to get burned, and even though her other roommates adore him, she
wants him gone before it's too late.

Hunter himself has been been burned before, but the fact that Taylor calls him out on his crap and has the sexiest laugh ever make him decide maybe love isn't a lost cause. They make a bet: if she can convince him she truly loves or hates him, he'll leave the apartment--and leave her alone. The problem is, the more time they spend together, the less she hates him, and the more she moves toward love.

But when the man who holds the key to Taylor's fear of giving up her heart resurfaces and threatens to wreck everything, she has to decide: trust Hunter with her greatest secret, or do everything in her power to win that bet and drive him away forever.

Chelsea M. Cameron is a YA/NA writer from Maine. Lover of things random and ridiculous, Jane Austen/Charlotte and Emily Bronte Fangirl, red velvet cake enthusiast, obsessive tea drinker, vegetarian, former cheerleader and world's worst video gamer. When not writing, she enjoys watching infomercials, singing in the car and tweeting. She has a degree in journalism from the University of Maine, Orono that she promptly abandoned to write about the people in her own head. More often than not, these people turn out to be just as weird as she is.

She has two books out now, Nocturnal and Nightmare, the first and second books in the Noctalis Chronicles about a girl with a dying mother who meets an immortal boy. The third book, Numb will be out this August, and the fourth in the winter. Her other book, Whisper, about a girl who is alive, a boy who isn't and the complications that go along with their relationship, released June 16 and is the first in a trilogy. 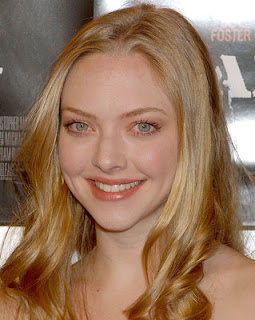 (author’s note: The actress who best resembles Renee is Amanda Seyfried above)

Name:  Renee Marilyn Archer
Age: 21
Birthday: May 3
Zodiac Sign: Taurus
Favorite Color: Pink
Childhood Ambition: To have a crap ton of money (I was a superficial kid)
Favorite Food: Banana Split
How would you spend your ideal Saturday night?
Going to a concert. I love live music and going nuts in a mosh pit. Although, nothing can hold a candle to winning an epic Skyrim tournament. *sighs*
Favorite Movie: Mean Girls
Favorite Song: Call Me Maybe. What? It’s catchy.
How many tattoos do you have?
None. I’m not allowed to have them if I want to work in a neo-natal intensive care unit. It doesn’t really jive with the nurse thing.
Lightning Round
Night or Day?
Night, I guess. It’s easier to find a spare table at the library.
Sour or Sweet?
Can I have both?
City or Country?
*shrugs* Doesn’t really matter, as long as my family is a far enough distance away that they can’t pop in to visit.
Fate or Luck?
That’s a tough one. Sometimes I think that things seem like they happen for a reason, and then sometimes they don’t… I’d side with fate more than luck.
Quote: “Honey, if he moves out, that’s not going to change your feelings. You’re still going to want to jump his bones if he lives here, or in Istanbul.” 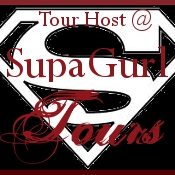 I apologize that I have been ill and am therefore behind on my reading.   A review of this book will be forthcoming on a future post...So stay tuned!! :D

I've heard so much about this book, and I love love-hate relationships. I don't really recall any GREATEST mistake, they were just not that big of a deal.
Thanks!

I can do most of this,except review(ain't read yet),or send screen shot,but i can tweet ever day.I will put this on me TBR list!