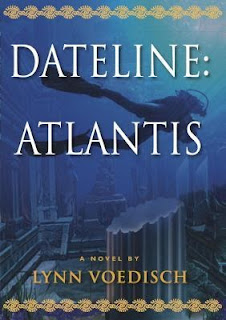 DATELINE: ATLANTIS is a contemporary fantasy featuring a female Indiana Jones who dives underwater and accidentally discovers what just might be the lost world of Atlantis. After she and her photographer document fabulous pyramids and other structures under the Caribbean sea, they return to their newspaper in the Los Angeles area, only to have all their evidence stolen. The sea rolls back and reclaims the buildings, and the photographer is kidnapped by unknown criminals.
The simple news assignment becomes more complicated with each turn and takes the Amaryllis Lang (pen name: Amy Quigley) to Chicago, Florida, Mexico and the Bahamas.
An ever-skeptical reporter, the Amaryllis Lang finds that her search for humanity's first family (in the possible Atlantis) dovetails with her own search for her own lost roots. Long ago someone murdered her archeologist parents—and they may be the same villains who are working against her own efforts to bring the Caribbean discovery to light.
In the midst of the tension, a testy romantic triangle develops. Plus, the pressure never stops as editor Noel Wright III keeps badgering her for a Pulitzer Prize-winning story. After escaping the villains' traps with her life intact, Amaryllis emerges a more open-minded adventurer, a better journalist, and an adventurer who is never afraid to let a historical find change written history. 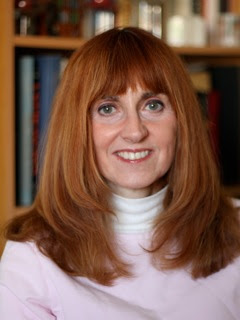 Lynn Voedisch is a Chicago writer who had a long career as a newspaper reporter and worked for 17 years at the Chicago Sun-Times. She also freelanced for many other publications, both in print and online. She lives with her husband and pet cat three blocks from the Chicago border. Her son, a new attorney, lives in the city. Her hobbies are tennis, tai ch, an promoting the appreciation of literature.

Dateline Atlantis was an interesting read.   It was an adventure from start to finish.   Amaryllis Lang was a journalist whose byline was Amy Quiggley.   She was orphaned at a young age, when her archaelogical parents met with a an untimely death.   Years later, she is building a story about some pyramids found under the Caribean Sea and encounters enemies of the free press and anything that would threaten history as we know it.   At that point she begins to wonder whether her parents' deaths were truly accidental.  Wouldn't you like to know the truth if it were you?

I liked the premise of the book as it was something I'd never really thought a thing about.   What evidence is science finding that could stand us all on our heads as far as our values and belief systems are concerned?   Would we accept and embrace a change of that nature?   Is any truth of that nature, worth killing someone over?   It was a great novel to read and I enjoyed it very much.   The author really instilled a fevered pitch toward the mid through latter part of the book as everything culminated to the climactic ending.  It included a lot of characters, both good and bad, a lot of theory, lots of adventure and a little bit of romance for Amaryllis.   A definite Sci-Fi fantasy, but very thought provoking. 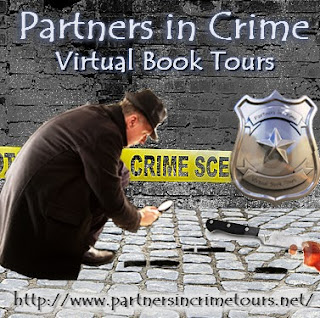 Every eBook received for review on the tours for Partners In Crime are given in exchange for an honest review. The eBooks are sole property (copyrighted) of the author and should not be sold, distributed to, or exchanged among other people not part of the tours, nor should they be listed on file sharing sites. Failure to comply with this disclaimer, will result in removal from all future tours.
Posted by Unknown at 12:00 AM