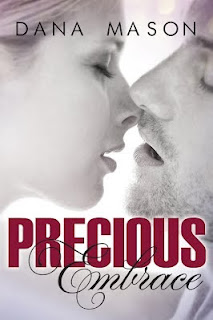 A second divorce and a new baby wasn’t the vision Alison Hayes had for her future. Now a single mother with two young boys, she wants to focus on her kids and what’s left of her stagnant career.
When Detective Johnny Rhay Bennett breezes into her life with his country-boy accent, she wants to run. She doesn’t need another man in her life, or another reason to make people talk. But when her worst nightmare becomes a reality, Johnny is the only person who can pull Ali out of her despair, forcing her to stay strong and not give up hope of finding her missing child.

***
Who falls in love after a one-night stand? Johnny Rhay doesn’t believe it’s possible until it happens to him. With Nashville in his rear-view mirror, he’s determined to convince Alison she loves him too, even if it means moving to the West Coast.
Ali’s not easy, and she’s living on just this side of bitter after her divorce, but Johnny doesn’t care. He’s up for the challenge. At least, he believes he’s up for it until baby Micah is stolen right out from under his nose. Now Johnny has to keep it together and get that sweet little boy home safe before his dreams of having a family vanish too. 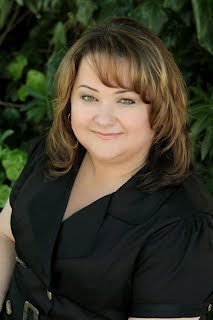 Dana Mason
Dana Mason started writing to prove to her computer geek husband and her math & science geek kids that she actually has a brain; it’s just a right functioning brain instead of a left. She’s lived all over the country and uses that experience in her writing and character studies. Her debut novel, Dangerous Embrace, is the first in a contemporary romance series about a group of friends from Northern California who learn just how short life can be when you don’t hold on to what’s important. Second chances don’t come easy…but sometimes love is worth the risk.
When not writing, Dana specializes in professional development and training. She’s also a board member on the local Art's Council and does what she can to support the art community.
As an avid reader and movie watcher, she always requires a happily ever after ending.

Precious Embrace was an  experience.    The author had an intense storyline, filled with angst and suspense as well as a deeply romantic relationship between the heroine and our hero.   Alison Hayes was going through her second divorce which had dropped her self esteem to below zero.   She was now the mother of two small boys, struggling to make it on her own and trying ever so hard to avoid making a third mistake by being dependent on another man.    She saw herself as a total failure in the area of relationships and love.   And thanks to her mother, knew she was the talk of the town.

Johnny Rhay Bennett had moved from down south to California, accepting a position of detective with the local police department.     He and Alison shared one night together months ago when they attended Mark, the first ex-hubby's second wedding.   When he arrives in town his main desire was to contact Alison.   She was his reason for accepting his new position.

They always say you hate in others what you see as bad in yourself and I couldn't stand Alison's non existent self esteem.   It was down right irksome.  And although she didn't want to make another mistake, she let Johnny into her home and into her heart pretty darned fast.   But it certainly wasn't a smooth ride for Johnny to assimilate into this new family he so desired.  It was a chilling read, and the romance certainly grabbed my interest as both main characters struggled to learn one another's ways during a most difficult situation.

All in all, I rate the book a 4 wink read.   My computer crashed halfway through the book and I was beside myself until we recaptured my on line kindle function!   My husband discovered he had to move faster than a snail's pace to recover my beloved reading materials!  Lol...what a good guy he is!  Thumbs up for Dana Mason!

Thank you so much, Beth, for hosting me. Sorry I'm late in leaving my comment, it's been a crazy launch week! So glad you liked the book, thank you for the lovely review.