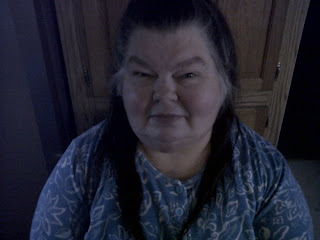 Recently I was contacted by a former classmate who is spearheading our 40th Class Reunion. Better her than me. Thank you Renee. I can not imagine the time you have invested in this event. I do appreciate your efforts!
I hated school. Kindergarten for me was an every other day session. On the day I wasn't in school, another kindergarten class entered our classroom, sat in our chairs and shared our teacher Mrs Johnson. It was most unpleasant to meet the girl who also used my desk when we had our Christmas pageant and we both claimed ownership of said desk. Another kindergarten classmate I well remember was Peggy with her long curly perfect blonde hair. She was the prettiest and most proper girl in my class and all the boys loved her. Kindergarten was my first school scar I wore.
We moved to Ackworth half way through kindergarten and I finished kindergarten and half of first grade at the old country school. The building looked like a little white church on a hill. I remember lots of earaches and going home alot and the scar from this school was the school superintendant who visited monthly and carried a wooden paddle with holes in it. I was never
designated as recipient of his wrath, but I feared that man with great intensity. Scar # 2
I finished first grade at Emerson elementary and remember I cried the first day we had to take the bus to school. I wanted no part of the education system from that point on......I wanted to stay home where it was safe with my mom......but it was the LAW. You had to go to school and so my journey through the Indianola school system was definitely underway. First Scar there was Sheri K in my second grade class. I got in so much trouble for cheating when it was her that cheated off of me!!! The following summer she died in a tractor accident at a grandparents farm. I was totally devastated to learn children do not live forever. I would've let her cheat forever if she could have only lived. Third grade brought new friends at a new school, but in fourth I was back at Emerson....I was always in trouble for talking.
Junior high brought out the first of the clicks to my knowledge and school definitely took a turn for the worst in my eyes. We were thrown together by circumstance, sports kids found each other, cheerleaders found each other, braniacs drifted together; I considered my set of kids normals; and there were the less fortunate/popular. Territorial bonding= scar #4 and it lasted through high school.
I had friends. Some I was close to, some I dearly loved. I got along ok with the popular kids and I got along with the less poular kids. I didn't feel threatened of either.....mostly I was way in tune with apathy. Graduation day came and my mom said you will cry. I said nope....I'm glad it ended. 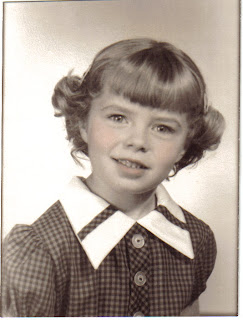 And college wasn't any better. I didn't know what I wanted to do. I couldn't quite find where I wanted to be or what I wanted to do, so after 2 and a half years of college, I decided to go to work. I liked working and You earned money for it.
But to think that forty years have passed? How did that happen? When did it happen and why was I so unaware of it? You know I like to think that my horizons have broadened, my thinking is a little more liberated, I'm more understanding and accepting of the world around me, but am I still in that "world where life is my own little world and it circles around me?"
When Renee first contacted me, I was bound and determined I would not attend the fortieth reunion. I had attended the fifth anniversary out at Gary's farm and a classmate asked who that large woman over there was. They were drinking and I did arrive plenty early. As far as I knew no one I knew would be there, so the comment from a mean spirited young man was enough to send me packing for home. Good riddance and I never looked back. That is until Renee set up our class website and I looked at the listing of classmates and saw that 15 or so of our classmates have passed away. I think we were 200 or 221 that graduated. Fifteen who have passed, seems inordinately high to me!
Time is so precious. If the time to reconnect was ever to be, the time seemed like now. I have emailed several of my classmates from the website and several responded. Some have not. That's ok. I still cloak myself with protective apathy, but I am going to attend.
To my delight, I had lunch yesterday with Louise M, Paula G, and Kathy M at Crouse's Cafe' in Indianola. For me, that was a giant step forward! And we had a wonderful time sharing memories and reconnecting. I wasn't the only one with fears and trepidation of our school days and upcoming reunion! Kathy won't be able to stay in town for the reunion although we tried our darnedest to twist her arm and make her stay! Paula and Louise and I will be there though and that should in and of itself make it a do-able and fun event! Many many good memories!
One thing that struck me was how we were so young together and ornery and now we are middle aged women with mostly grown kids, empty nester's and ready to reconnect. Interesting.