Only You by Lorna Peel--A Review 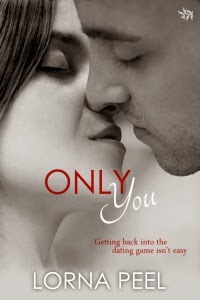 Jane Hollinger is the wrong side of thirty, divorced and struggling to pay the mortgage her cheating ex left her with. As a qualified genealogist, teaching family history evening classes is a way for her to make ends meet. But she begins to wonder if it’s such a good idea when a late enroller for the class is a little... odd. “Badly-blond Bloke” both scares and intrigues Jane, and when she discovers he is her all-time favourite actor and huge crush, Robert Armstrong, she’s stunned. Even more stunning to Jane is the fact that Robert is interested in her romantically. He’s everything she ever dreamed of, and more, but can she overcome her fear of living in the public eye to be with the man she loves?


Only You’s (Other) Dramas

Only You’s Jane Hollinger loves watching drama, especially television period drama. She loves them so much that she has a huge DVD collection to help her escape from the routine of every day life. She has almost every period drama the BBC has ever produced and is also a huge Johnny Depp fan!

Despite all the period dramas, Jane certainly isn’t a prude. She first notices actor, Robert Armstrong, in The Lady of the Woods - a sexy modern remake of Lady Chatterley’s Lover. It doesn’t hold back on sex or nudity and, according to her sister Mags, Jane practically wears out her DVD by going through most of the series frame by frame!

Jane’s favourite novel is an historical called The Hunger set in Ireland at the time of the Great Famine of the 1840s. She knows the period of history inside out - having studied it at university - and she is of Irish descent through her mother, whose family emigrated from Connemara in the west of Ireland during the Famine.

Jane has always imagined Robert as The Hunger’s main character, a landlord called Edward Rowley, and can’t quite believe it when he lands the leading role in an epic TV adaptation. She helps him with all the background research for the role but can’t help but worry as she sits down to watch the preview DVD Robert sends her. What if the adaptation is awful? What if Robert as Edward Rowley isn’t how she pictured him to be? What if she can never read her favourite novel again? You’ll have to read Only You to find out what her reaction is!

“I had some good news today from Marie,” Robert said.
“Oh?”
“When I finish The Will, my next part is in The Hunger.”
Jane almost dropped her knife and fork.
“The William Simpson novel about the Irish Potato Famine?”
He nodded. “You know it?”
“It’s my favourite novel. Will you be playing the landlord? Edward Rowley?”
“Yes, why? What’s the matter? You don’t think I’m right for the part?”
“No! I mean, yes.” She put her cutlery down before she did drop them. “Oh God. Ever since I read it for the first time, you were the only man I could see as Edward Rowley…” She tailed off and blushed furiously. She hadn’t meant to say that much.
“Thanks very much,” he replied dryly. “He’s not exactly a happy chappie, is he?”
“No. Sorry.”
“Do you think about me a lot, Ms Hollinger?” he asked. Jane met his eyes. They sparkled with mischief. “Because when I read the script, and no matter which actress plays the part, you are the only woman I will see as Edward Rowley’s wife.”
“But she doesn’t love him,” Jane whispered.
“No. But he loves her. Very much.”
“Yes.”
“Have you ever worn a corset?”
Jane caught her breath and began to cough.
“No?” he continued. “Might have to remedy that sometime!”
“I look forward to it, Mr Armstrong,” she retaliated and he laughed. “Is it film or TV?”
“TV. A six-parter. The BBC and RTÉ, the Irish state broadcaster, are really going to town on it. It’ll be one of the most expensive dramas they’ve ever done.”
“I can’t wait to see it. I did nineteenth-century Irish history at university. Mum’s ancestors were from Ireland. They came to England to escape the Famine. I realised that I knew little or nothing about Ireland so I chose that module. I shouldn’t say that I loved it because it was such a terrible tragedy, but—” She stopped. She was rambling, but it was Robert gazing at her with a gorgeous smile on his face which really stopped her in her tracks.
“You’ll give me a hand with all the background, then?” he asked. “My maternal grandmother was Irish. I know a little bit of Irish history, but what I do know probably only scratches the surface. My great-grandfather’s brother fought in the Irish Civil War, but I know little or nothing about the Famine.”
“Won’t there be researchers or something?”
“Yes, but it’ll be much more interesting coming from you. I mean, if it weren’t for you, what would I know about genealogy?”
“You could have gone out and bought a book,” she teased.
“No, I needed to see why people get so addicted to it and, thanks to you, I have.” 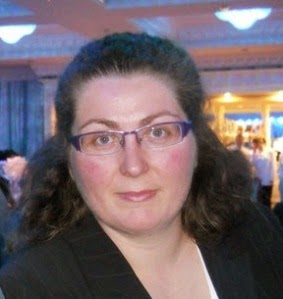 Lorna Peel is an author of contemporary and historical romantic fiction. She has had work published in three Irish magazines – historical articles on The Stone of Scone in ‘Ireland’s Own’, on The Irish Potato Famine in the ‘Leitrim Guardian’, and Lucy’s Lesson, a contemporary short story in ‘Woman’s Way’. Lorna was born in England and lived in North Wales until her family moved to Ireland to become farmers, which is a book in itself! She lives in rural Ireland, where she write, researches her family history, and grows fruit and vegetables. She also keeps chickens (and a Guinea Hen who now thinks she’s a chicken!).

I enjoyed Lorna Peel's romantic take on a completely normal woman and the actor she ultimately falls in love with.    This was a fast and easy read with very well developed characters.   I was invested in the relationship between Jane Hollinger and Robert Armstrong within minutes of beginning the read.

These two main characters had their work cut out for them.    Robert sought honesty and a normal relationship in his life.   Jane sought life out of the public eye, and had had her trust abused by her first husband.   It was a struggle for them to find a place in the middle where they could both feel safe and loved.  Be that as it was, there was no doubt they both felt a deep bond for one another...one that would potentially be their saving grace in the years to come.

If you enjoy a fast read, a simple romantic tale with viable obstacles to be overcome, I would highly recommend this read.

I have rated this a 4 WINK read.    Quite enjoyable.