Trust Me by Earl Javorsky---A Review 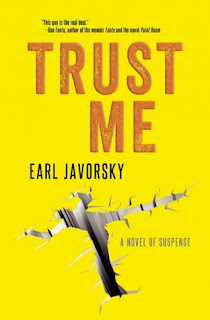 Jeff Fenner’s life is out of control. At the nadir of a rocky, sometimes-up-usually-down career, he has finally come face-to-face with his demons: he’s being investigated by the police, he owes money to the wrong people, and he sees an empty future shutting down in front of him.When Jeff hears that his sister Marilyn has committed suicide, he refuses to believe she killed herself and he embarks on a tortuous journey toward self-discovery and redemption . . . and toward the beautiful but troubled Holly Barnes. Holly’s own demons have led her to a self-help cult in Beverly Hills called Saving Our Lives (or, perhaps more appropriately, SOL). Through Holly, Jeff learns of a string of apparent suicides eerily similar to his sister’s—and that Holly is the next target.A fresh, bracing, surprising novel of suspense, TRUST ME further establishes Earl Javorsky as a thriller voice that demands to be heard.

If you are into thriller suspense/ mystery, murder and mayhem, Earl Javorsky is an author to be added to your TBR list!  In my humble opinion, he ranks right up with the best authors out there in this genre.

Trust Me is written in alternating voices, which can be disconcerting with so many characters, but at some point that becomes a minor influence as you move deeper into the story Javorsky creates.  It is an effective tool though as these various characters begin to cross paths with one another.   The stage has been set for their interactions and the suspense steadily builds to the climactic end of this brewing pot of insanity and criminal deeds.

Truly a nail biter with criminal intent which repulses this reader at times, it is difficult to put Javorsky's work down.   His writing is smooth and flows effortlessly; his characters are strong and well rounded.    You can feel their psychological pain and weaknesses in the writing.

Javorsky is definitely an author that should be followed as he journeys through this genre.

I rated this a 5 wink read!

Disclaimer:  I read for my pleasure.   I may receive ARC copies for review purposes, but I am not compensated for my reviews .  I like to read and I like to share my reviews.   I post my thoughts without prejudice or bias.  The words are mine and I write reviews based on my humble opinion.  I will admit, I seldom meet a book I don't like.  I received a copy of this book from the author or their representative in exchange for an honest review. 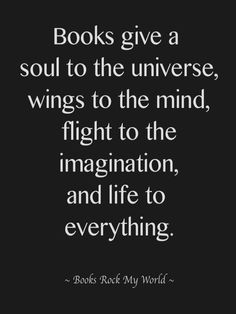