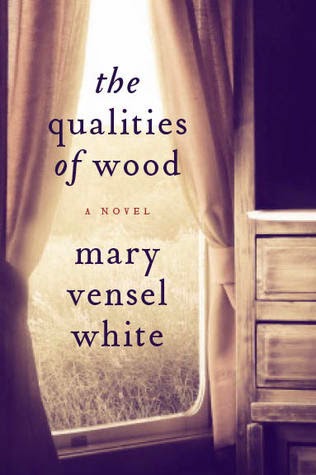 My computer is up and running once again and I could not be happier!   I was astonished at how dependent I have become on having internet and a working computer!    I rue the day, we are subjected to life without technology!    We are so dependent and so used to a fast response time....be it in the microwave, the drive-thru, the cell phone with all its apps and etc.

Well, I am thankful for what we currently enjoy, although I reserve a small place in my soul for mourning the loss of such wonder.   I just figure it can't last forever.

Today's review is about a book that takes us into an adventure in a small midwestern town, where life is slower. Although they do have technology, it's a much slower pace than being in a big city.

A haunting and beautifully written debut novel by an exciting new talent. When Betty Gardiner dies, leaving behind an unkempt country home, her grandson and his young wife take a break from city life to prepare the house for sale. Nowell Gardiner leaves first to begin work on his second mystery novel. By the time his wife Vivian joins him, a real mystery has begun: a local girl has been found dead in the woods behind the house. Even after the death is ruled an accident, Vivian can't forget the girl, can't ignore the strange behaviour of her neighbours, or her husband. As Vivian attempts to put the house in order, all around her things begin to fall apart. 'The Qualities of Wood' is a stunning novel from an exciting new writer. Perfect for readers of Anne Tyler and Anita Shreve.

The Characters were strong in their own right and no one was who they seemed to the main character Vivian.    I felt that she had big city paranoia.   She felt that Abe Stokes flirted with her.   She was annoyed when a road construction worker, looked at her legs and figure.  There was a page or two alluding to an incident with her brother in law, Lonnie.   Although these things were mentioned in the book, they played no part in the story.   The story started out rather slow but after the first hundred pages, the story began to flow faster.   The story was indeed interesting and there was a mystery of sorts, although the death of a neighboring teenager was ruled accidental.

Vensel White kept suspense going as the story came to fruition.  It seemed everyone had a suspicion of something more being behind the girl's death and in the end, I couldn't have accepted a villain if there had really been one.

There really wasn't much that I can say I didn't like;  the way the story was revealed to the reader kept me wondering what the secrets were and how they played a part in the "accidental" death.   I was able to accept the ending revelations with very little problem.

Disclaimer:  I read for my pleasure.   I may receive ARC copies for review purposes, but I am not compensated for my reviews .  I like to read and I like to share my reviews.   I post my thoughts without prejudice or bias.  The words are mine and I write reviews based on my humble opinion.  I will admit, I seldom meet a book I don't like.  I received a copy of this book from the author or their representative in exchnge for an honest review.