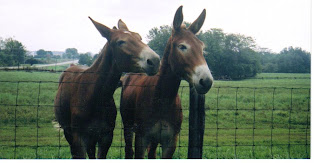 Well, I got to work today to find the message light on my phone lit up. The message was from Mom; our dear friend Roscoe had passed away in the night. Gosh I guess I have known him about as long as almost anyone in my life. I was ten or eleven when dad began working in the elavator trade

and he began working with Roscoe. It wasn't long after meeting Roscoe that he and Maxine and my folks became fast friends, spending many evenings playing cards, dining out etc. Roscoe had been a farm boy from southern Iowa and of course, dad's first true love was the farm. Roscoe seemed to spend a lot of time at the farm, helping out when and where he could and there is a mind chuck full of memories of Dad and Roscoe and farm stuff, and then elevator stuff. My favorite memory of Roscoe was going out to fetch the mean angus bull who had escaped. We never had Angus until this big guy came on board and he was mighty big......who would have known he could run so fast, being that big and all. I can remember Roscoe saying he'd bring that bull back and show him who was boss and across the field he strolled with a big tall stick in one hand and determination in his step. I was tending to the horses at the time, but Roscoe had not been gone too awfully long when from the backside of the far hill came two long legs and a raised cane at a far faster pace than he'd set out. Those knees were flying up and down and hot on the good shepherd's heels was that mammoth black angus bull, snorting mad as he pursued!!
It was a sight to behold and thank God, that man could run and jump a fence! It was the funniest sight I ever saw and I suppose I will chuckle often when I think back on it.

Roscoe was a good friend to both my parents. After Dad passed away and after Maxine had passed, Mom and Roscoe became friends and travelled together, kept each other company, took care of each other when it came to doctoring. He was truly good to my mom and I loved him all the more for it. I don't know what we will ever do without him and I know Mom will miss him horribly. As with most cancer, he had to endure alot of pain before he finally crossed over to a new life. And now he shares the secret of what lies beyond with all those who have previously gone before. A secret the rest of us will one day be allowed to partake in as well for death comes to all. And I think, in my mind's eye, Roscoe and Dad are sitting on a bank fishing together and catching up on old times. Someday I will join them there, for a time. For today, I am grateful to have been blessed with both of them in my life. God is good.
Posted by Unknown at 8:15 PM