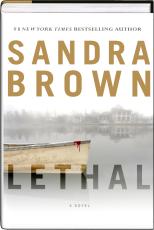 Honor Gillette and her four year old daughter, Emily, live in Tambour, Louisianna.  It is a quiet and peaceful town where every one knows everyone and their business.   It is protected by the local police department and the Sheriff's office, but all is not as it seems.  One fine morning all Hell breaks loose with the murder of seven employees of the local trucking company and one alledged murderer on the run, a disgruntled employee, one Lee Coburn.   When he is found injured in Honor's yard, Honor's world goes bezerk.   She and her daughter are held captive, their home ransacked, and eventually they are kidnapped by the alledged murderer.  All of the corruption stemming from the trucking company, is spear headed by the BookKeeper who finds Coburn's involvement disconcerting and he is targeted for disposal.   But not only is Coburn in trouble with the BookKeeper, so are Honor and Emily and anyone they trust.    It's a winding twisting tale of murder and deception.    Some would go to any measure to protect their empires.  Honor would go to that same measure to protect her daughter, and Lee Coburn, wants to finish what he starts.
It took awhile to get into this book, but once I found the hook, it had me and from then on, it was hard to put down.   A good read and I love a good mystery!
Posted by Unknown at 6:30 PM