Escape from reality comes in patent-leather Prada kneeboots Dawn Ellis needs to escape from her painfully dull existence. Her unemployed husband spends all day complaining about life, moping around, or fixing lawnmowers on her kitchen table. The local writing class proves to be an adequate distraction with its eccentric collection of wannabe authors and, of course, the enigmatic Jason, who soon shows a romantic interest in her. Dawn pours her inner frustrations into her first novel about the extraordinary exploits of Cinnamon Knight, an avenging angel -- a woman who doesn't believe in following the rules. Cinnamon is ruthless and wanton, inflicting suffering on any man who warrants it. Little does Dawn realise that soon the line between reality and fiction will blur. Her own life will be transformed, and those close to her will pay the price.

Cinnamon Knight ground the stub of her Benson and Hedges’ cigarette into the pavement with the heel of her Prada leather motorcycle boot, where it now joined a small pile of tab ends. Strategically placed in a shop doorway, she watched the top left window of a block of flats opposite. She had been there almost two hours. Rain beat steadily on the pavement, drumming against the gutter with constant thuds, but this did not deter her. Her patience was rewarded as the light blazing from the window was finally extinguished. She sauntered across the road to the BMW parked in front of the block of flats along the kerbside, sandwiched between a Peugeot 205 and a C Class Mercedes. Dressed completely in black, face partially obscured by her North Face hooded jacket; she was almost invisible next to the dark car. It took only a minute to fiddle with the lock, open the door, and slide into the car. She lowered herself down in the driver’s seat, casting a cursory glance out of the window. The streets were empty. The weather was on her side and no one was braving the downpour, not even the old man at the end of the road who rarely missed taking his dog out for an evening stroll. She leant forward and pulled off the cover below the steering wheel with one deft movement. Extracting the screwdriver from a neat case, she stabbed it into the ignition lock. A quick fiddle, one sharp twist, and the car burst into life; the persistent thudding of the rain against the pavement hid the initial coughing of the engine. She pulled away from the kerb swiftly and headed up the road at speed. Pushing the hood away from her head, she checked her face in the rear-view mirror. That’ll teach him to mess about with women, she thought. No one, but no one, messes about with Cinnamon—the rat!

Carol E. Wyer is an award winning author whose humorous novels take a light-hearted look at getting older and encourage others to age disgracefully. Her best-selling debut novel 'Mini Skirts and Laughter Lines' won five awards for humour. 'Surfing in Stilettos' which follows the further adventures of Amanda Wilson as she attempts to inject some fun into her life, was a Costa Award nominee. Safkhet Publishing released 'How Not to Murder Your Grumpy' June 1st 2012, the first of three books in a 'Grumpy' series. Carol has featured on numerous shows discussing 'Irritable Male Syndrome' and 'Ageing Disgracefully'. She has had articles published in national magazines such as Woman's Weekly' and on-line magazines. She writes regularly for The Huffington Post and author website Indies Unlimited. She is a signed author with ThornBerry Publishing and Safkhet Publishing.

This was my first read of author Carol E Wyer and it was most enjoyable.    I read Just Add Spice in one day...Woo Hoo!  I love a fun fast read.I thoroughly enjoyed the premise of the book.   Dawn Ellis was your everyday housewife whose life was invested in raising her son, caring for the home, preparing meals for the much too involved husband with his work.   But as always happens, the kid grew up and was leaving home.   As sometimes happens, the husband found other avenues of interest and grew apart from his wife.   Dawn had grown her own interests as well; she was taking a writing class in hopes of writing a novel.  Wanting to really connect with her main character, she hired a trainer and began to exercise, toning up an learning kick boxing.

I loved Dawn's journey and her growth from ordinary housewife to a strong, healthy  and successful woman.  As a writing student, we were treated to bits and pieces of her novel where Cinnamon Knight was the main character and the kind of woman, Dawn wanted to be.   We got to read Dawn's award winning story, winner of the Green award.   Dawn was a great character who had room to grow and change and she was very likable.

The only thing that slightly bothered me about this book was the fact so many characters had dealt with the wrong kind of men.   Unfortunately,  a lack of morals seems to be on the rise, from both men and women.

It was an enjoyable read and the author has offered a free E-copy of the book to one lucky winner/reader of this blog.   Just enter the rafflecopter below for your chance to win!   Meanwhile, I've rated this read as 4 WINKS.
a Rafflecopter giveaway 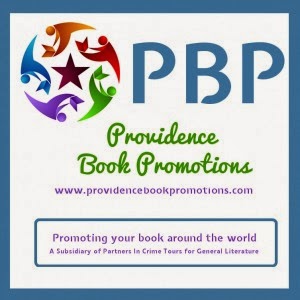 Thanks so much for sharing your thoughts on this new romantic comedy with us!

Hi Beth. I can't tell you how pleased I am that you enjoyed Just Add Spice. You have brought a huge smile to my face with this wonderful review. Thank you very much indeed.
Luckily, my own Hubby is nothing like Dawn's...well, he is grumpy but that is all. :D