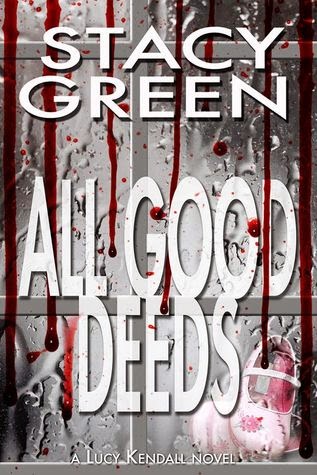 Our lives are full of choices.   Not one minute of our lives passes without a choice being made.  Hopefully we learn from the choices that were a mistake or led to undesirable consequences.   Hopefully we can live with our choices and decisions.   Ultimately, we are accountable for each one of them.

Lucy Kendall lived her life in a strange mixture of carefully calculated moves and impulse decisions. Cracking the skull of the man who molested her sister and attacking her was impulse. Spending half her teenage years drinking and acting out were calculated cries for attention from her narcissistic mother followed by impulsive rages at her lack of concern.The decade spent working in Child Protective Services before becoming a private investigator taught her two truths. One, CPS failed miserably in protecting children. Two, Lucy was more than willing to do it for them, meting out her brand of dark justice in spite of her own fear of death. But Lucy's crusade is compromised when a self-proclaimed sociopath offers to help — and leaves her no choice but to accept it.When eight-year old Kailey Richardson is abducted, it sets off a chain of events linked to Justin Beckett, a suspect in a life-changing case in Lucy's past. The path she's chosen since dealing with Beckett has been dark and terrifying — but she has no idea just how deep she will go or where the twisted road will take her.She's about to find out.

I finished reading Green's All Good Deeds several days ago and usually, I try to write my review within 24 hours so I don't forget anything important.   I had to take a step away from this book.  It was powerful and had a profound affect on my soul.   I doubt that I will ever forget this writing.

I have read several of Stacy Green's books but this thriller, was her most masterful to date.  Her characters are flawed and questioning their lives.  Lucy Kendall used to work in child protective services.    She saw and felt it all.   Her mother was definitely lacking in maternal skills and that is perhaps part of why Lucy could not reconcile herself to a job where the children were failed time and time again.  Thus, the change in her life, from government worker to private investigator with a part-time job of taking care of justice on her own...permanently.

Pedophiles.   Active pedophiles were who Lucy sought out for her special brand of justice.
which brought up questions like, can they be reformed?  And if not, why release them back into society at all?  I thought Green handled her subject matter realistically and her story, although a thriller,flowed smoothly, making sense and touching fibers of my being that I don't care to look at very often.   Two of the main characters had been abused by their parental caretakers at early ages and the question for them was, will I follow in these same footsteps?   The answer was, it is up to you to choose...it's a choice for most of us.   There are those whose brains are wired wrong and they have given in to the urges hidden deep and dark within.  For them, there may be no reformation, no place of redemption and no happily ever after.

This was definitely a topic of interest as it rears its ugly head in all levels of society, the rich, the poor, the weak, the strong, no matter your color or race and it's a situation as old as mankinds'  very existence.

As horiffying as child sexual abuse is, I think Stacy Green produced a very believable story and touched on so many things on the fringes of the perpetrator and their actions.   An excellent and yet such a sad read for anyone whose life has been affected by abuse.

I rated this book a 5 Wink read.