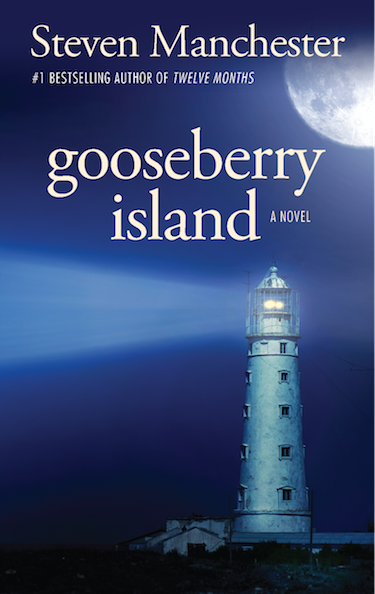 PTSD is one of the biggest problems facing soldiers as they return from war. As an experienced veteran himself, Steven Manchester understands that. That's why, during the promotion of this book, Steven and The Story Plant are going to be working toward helping returning veterans. And we need your help to do that.

From now until January 31, 2015, we will donate $1 to the Wounded Warrior Project for every copy of Gooseberry Island that is pre-ordered and sold. All you have to do is email us a copy of your receipt and we will make the donation. In addition to that, we will also donate a copy of the e-book to returning soldiers, one donation for each copy sold.

They met at the worst possible moment...or maybe it was just in time. David McClain was about to go to war and Lindsey Wood was there at his going-away party, capturing his heart when falling for a woman was the last thing on his mind. While David was serving his country, he stayed in close contact with Lindsey. But war changes a person, and when he came home very little had the same meaning that it had before – including the romance that had sustained him. Was love truly unconquerable, or would it prove to be just another battlefield casualty?
Gooseberry Island is the most nuanced, dramatic, and romantic novel yet from a writer whose ability to plumb the depths of human emotion knows few peers.

I rated this a five wink read.   It is truly pertinent and heartfelt to the world we live in and it brings the war casualty of PTSD front and center. I believe it is a must read for our generations.   It is romance, it is war and it is loss.    It is the struggle for survival long after you have been removed from dangerous surroundings and it is the story of love and forgiveness.

Steven Manchester is one of my favorite authors and he writes from his heart.    His stories bring emotion with them and beautiful characters come to life right before your eyes.  Gooseberry Island was no exception.    Lindsey and David shared common core values...a belief in God, redemption, love.    They helped each other through the war days David experienced and survived, but his heart and mind were changed during his days in Afghanistan.   He felt like he was much less than what he had been when he first deployed; he couldn't offer that lesser man to Lindsey.    She deserved so much more.   But what could he do to change?    Drinking was obviously not the answer and what help was there?    For him and his buddies?

It seemed to be a realistic tale to me and the fate of returning soldiers was told with a plea for help.   David's healing came not only from within but also with the help of his God and the love of family and friends.   Professional help also played a part in his cure, although he would suffer from his wounds of war for the rest of his life.     Finding the tools and the forgiveness to save himself was tantamount.

I would highly recommend this book to all patriots and any who support our returning vets.   God Bless them everyone.