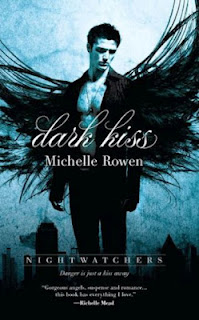 Hop over to http://booksandsparkles.blogspot.com/   for a chance to win Dark Kiss by Michelle Rowen and Unraveling by Elizabeth Norris


Book Description from Amazon:
I don't do dangerous.
Smart, über-careful, ordinary Samantha—that's me. But I just couldn't pass up a surprise kiss from my number one unattainable crush. A kiss that did something to me…something strange. Now I feel hungry all the time, but not for food. It's like part of me is missing—and I don't know if I can get it back.
Then there's Bishop. At first I thought he was just a street kid, but the secrets he's keeping are as intense as his unearthly blue eyes. If he's what I think he is, he may be the only one who can help me. But something terrifying is closing in, and the one chance Bishop and I have to stop it means losing everything I ever wanted and embracing the darkness inside me….


About the Author
Michelle Rowen writes paranormal romance, urban fantasy, and young adult fantasy. She has been on the Waldenbooks/Borders Group romance bestseller list and was the winner of the 2007 Holt Medallion for Best First Book and the 2009 Romantic Times Reviewers Choice Award for Best Vampire Romance.
Please visit http://www.michellerowen.com/ to learn more about Michelle and her books.

Michelle Rowen has generously offered a signed copy of Dark Kiss to one lucky winner.  US/Canada only. 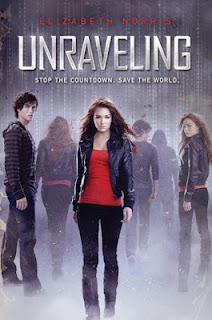 Book Description from Amazon:
Two days before the start of her junior year, seventeen-year-old Janelle Tenner is hit by a pickup truck and killed—as in blinding light, scenes of her life flashing before her, and then nothing. Except the next thing she knows, she's opening her eyes to find Ben Michaels, a loner from her high school whom Janelle has never talked to, leaning over her. And even though it isn't possible, she knows—with every fiber of her being—that Ben has somehow brought her back to life.
But her revival, and Ben's possible role in it, is only the first of the puzzles that Janelle must solve. While snooping in her FBI agent father's files for clues about her accident, she uncovers a clock that seems to be counting down to something—but to what? And when someone close to Janelle is killed, she can no longer deny what's right in front of her: Everything that's happened—the accident, the murder, the countdown clock, Ben's sudden appearance in her life—points to the end of life as she knows it. And as the clock ticks down, she realizes that if she wants to put a stop to the end of the world, she's going to need to uncover Ben's secrets—and keep from falling in love with him in the process.
From debut author Elizabeth Norris comes this shattering novel of one girl's fight to save herself, her world, and the boy she never saw coming.
Elizabeth Norris was awesome enough to offer to give away a signed hardcover copy of Unraveling to one lucky winner.  Open internationally!
Now go!   Both sound like great young adult reads!    Visit  http://booksandsparkles.blogspot.com/

Thank you so much for your lovely comment! I returned the favor!

thanks for the reviews!! I am always looking for new books to read...especially now for the summer.
I am your newest follower..pls follow back if you can.

Hi Beth! Thanks for following my blog. I'm now following you back!

Thanks for becoming a Follower of my Blog. I am happy to follow back. Have a great week.

Hi Beth! I'm an avid reader and new follower - and discovered you via Exposure 99%

Thank you all for following...much appreciated!

Thanks for linking up in Exposure 99% weekday blog hop, following back and i look forward being part of your blog.. This book sounds like a very interesting book, and thanks for the review..

Thx for the follower.