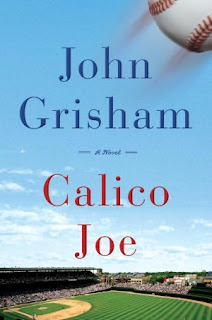 Bases are loaded and yes sirree Bob, it's a high flyin' ball!   Joe brings it in with a grand slam!

Reading Grisham's Calico Joe was like a blast from the past- a day at the ball park and the stories of legends!   How many eight to ten year olds love(d) the sport of baseball?   Well there were loads of them.  I had four brothers and umpteen cousins who all collected and traded ball cards, kept track of stats, and played in little league, just like our main character, Paul Tracey.    We see all the joy of a young fan in Paul's character.

Too bad for Paul, he has the worst father ever!   You know the type...they've never grown up.   It's all about themselves and everybody else is secondary or at the bottom of the so called totem pole.   Meet  Warren Tracey, pitcher for the Mets and father of Paul Tracey.    Always traveling, playing ball and drinking.   When home fear resides in the home and abuse comes walking in beside him.   Consider the life long toll on impressionable brother and sister.

While Paul is young, he idolizes the newest and greatest player to grace the ball field, young Joe Castle from Calico Arkansas, now known as Calico Joe.   Joe's stats are the best, he is humble, and he loves baseball!
But his career is tragically cut short by a bean ball that caught him in the head and was pitched by Paul's father on the fateful day many years ago.

The story is told from Paul's point of view.   Son of a pitcher, baseball fan---where does his father's fallout end?   Or does it?   The story centers around baseball, but it also deals with right and wrong.  It deals with the relationship between father and son; how Paul and Warren rectify some of the wrongs before it is forever too late.

I thoroughly enjoyed reading this book.  Although I took a very nostalgic road throughout the book, I hated to learn Calico Joe was not a real ball player.    I certainly became a hard and fast fan of his!!  Definitely a must read for any ball fan who ever invested time and love in the sport!

Read it for yourself and let me know what you think?   I'd love to know how you felt! 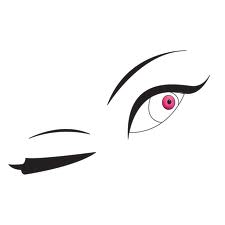 I read Calico Joe a few months ago, and thought it was John Grisham's best-written novel. Now that I know the kind of writing he's really capable of, I'll hold Mr. Grisham to a much higher standard now. I can't wait to dig in to "The Racketeer" sometime.

Thanks for your comments Mandy. They are so much appreciated and yes, I agree...I will be reading more of Grisham to be sure! Happy reading and God Bless!
Beth