Treasure Among the Shadows 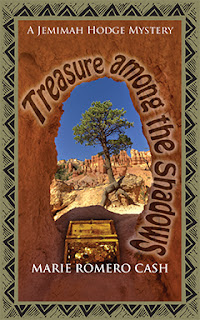 NOTE: This book is the third in a series but is completely stand alone.

A woman is strangled and shot. She was last seen alive at a casino near Santa Fe. Forensic Psychologist Jemimah Hodge is on the case, as is her new boyfriend, Sheriff Rick Romero. The trail has already grown cold when another woman is murdered under similar circumstances. The first dead woman left behind a disgruntled ex-spouse but no other obvious suspects. Gilda Humphreys, the second victim, is another story. First there is her househusband, then there are all her co-workers … It seems no one is shedding a tear for Gilda. While going through Gilda's field notes, Jemimah discovers that the woman was experiencing a sexual renaissance. Could one of her lovers have killed her? Then there is Tim McCabe's treasure hunt. A wealthy gallery owner and collector, McCabe has buried a chest filled with valuable coins and jewelry and challenged the public to find it. When Gilda wasn't dressing down her co-workers or dallying with lovers, she was searching for McCabe's treasure. Was it greed that killed Gilda? A scorned lover or vengeful co-worker? With so many suspects and so few clues, Rick and Jemimah face one of the most challenging cases of their careers. Treasure Among the Shadows is the third book in Jemimah Hodge Murder Mystery series.

It was a typical February Day. Locals referred to the month as Febrero Loco, crazy February, because the daily weather was as unpredictable as a roulette wheel. It was unseasonably warm and just to be on the safe side, the air conditioning at Buffalo Thunder Casino, north of Santa Fe, was cranked up. The casino was gearing up for the upcoming Valentine’s Day, pulling out all the stops with promotions geared toward attracting patrons with the cherry red Toyota Camry give-away. Blackjack modules formed a large circle around the Craps and Texas Hold’em tables. The electromagnetic field and the thousand flashing lights could easily illuminate an entire city. Waitresses attired in short frilly skirts and low cut tank-tops stopped at each console to offer cold sodas, water and coffee, and friendly smiles to encourage tips. She walked through the automatic doors, the strong odor of cigarette smoke assaulting her senses. Vanity precluded her from wearing sorely needed eyeglasses and she squinted her eyes in hopes of seeing a familiar face, preferably male and old enough to buy her a drink. She navigated her world in a blur, peering out of heavily made-up brown eyes and beneath thin, perfectly arched eyebrows. Dark red lipstick and a heart-shaped face framed by recently touched-up auburn hair completed the picture. She was dressed in black pants, a sparkly jacket and stiletto heels. The first was to hide the extra ten pounds she carried and the second was to give her four-eleven height a boost. She found her favorite slot machine in a corner next to the lounge, where she could sometimes score a few drinks and maybe a place to stay for the night. Of late, she frequented the casinos on Highway 85staying until closing and hitching a ride back to Santa Fe, where she hung out in the laundry rooms of motels on Cerrillos Road. She was not a hooker. She was a forty-year-old woman down on her luck, having burned all the bridges behind her. She was desperate to win a jackpot to get her back on her feet. She glanced through the corner of her eye at the man playing next to her. He was exactly her type—brown-skinned, tall, sleeveless t-shirt to show off bulging biceps, tattooed arms, long hair and a neatly trimmed goatee. Before the night was over, they were snuggled in a corner of the lounge, sipping rum and Cokes. If she played her cards right, she had a good idea where the evening was going to end up. 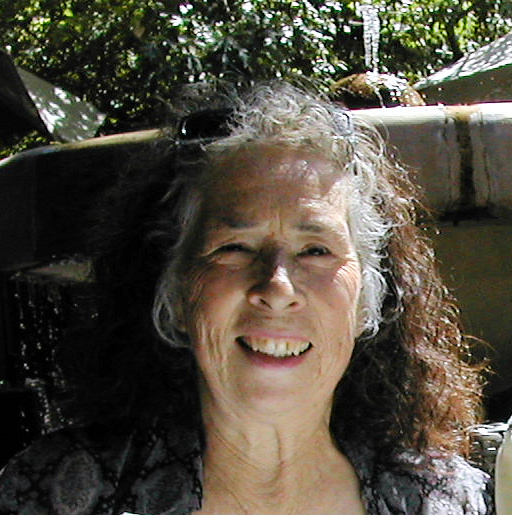 MARIE ROMERO CASH was born in Santa Fe, New Mexico, to a family that would eventually number seven children, and has lived there most of her life. After graduating from Santa Fe High School, she took a job as a legal secretary, a field that would provide a lifetime of employment. But then, in her mid-thirties, she discovered the traditional arts of northern New Mexico. After twenty years of creating award-winning art, she began to write about it, but decided she needed a higher education to do so. At fifty she enrolled in college and, five years later, graduated with a degree in Southwest Studies. In 1998, she received the prestigious Javits Fellowship to pursue her education. Since then Marie has written several books about the art and culture of the southwest, including a memoir about growing up in Santa Fe. Treasure among the Shadows is the third book in the Jemimah Hodge Mystery Series, which began with Shadows among the Ruins and Deadly Deception.

How do you go from one murder with no clues, to two murders with ever so few clues as to who dunnit?  With Marie Romero Cash's mystery, Treasure Among the Shadows, you will find out how it's done and inevitably who dunnit!   What a read this was..Part One of the book was a wordy read and provided a lot of background information.   But with the beginning of the second part of the book, things got quite dicey and maintained high interest on the part of the reader.   Chapters were told in third person by varying characters within the book and  it was like watching a puzzle be put together...one small piece at a time.

Characters were well developed, from Sheriff Rick Romero and Dr, Jemimah Hodge to Gilda Humphries and Tim McCabe.  McCabe, a rich retiree and land owner and his friend Burke decided to bury a treasure.  McCabe published a book with a poem and hidden clues throughout the book and the buried treasure was bound to be found by someone with time and perserverance on their side.   So why not Gilda, the state archaeologist?   She had as much of a chance at finding it as anyone.   As for the Sheriff and Dr Hodge, the forensic psychologist, had an equally daunting task of solving two murders.   Theories abounded, but proof positive was another thing altogether, until the crucial piece of the puzzle fell into place.  Although Gilda was a malcontent and therefore grumpy with everyone she came in contact with, I felt sorrow at her demise. No one seemed to care.   No one shed a tear for her.

It was a good mystery read and quite an enjoyable read.   Once I got into part two of the book, it was quite difficult to set it aside, so I'm rating it at 4 WINKS!!!   Thank you Ms Cash for an excellent mystery read!

Now you have an opportunity to win am E-Copy of this Treasure Among the Shadows, by Marie Romero Cash by entering the raffle copter below:
a Rafflecopter giveaway 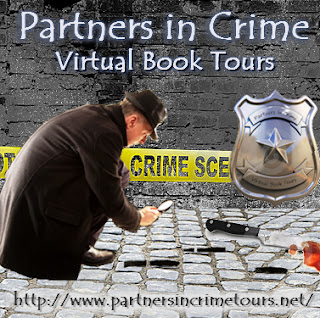 Every eBook received for review from Partners In Crime is given in exchange for an honest review. The eBooks are the sole property (copyrighted) of the author and should not be sold, distributed, transferred, or exchanged with or to other people, nor should they be listed on file sharing sites. Failure to comply with this disclaimer, will result in removal from all future tours.

This sounds like a page turner and after reading your review, this is going on my TBR list. Thank you for posting.

The job would entail searching out the whys' of the person who would commit an act of evil. I think it would be very hard because the truth does not always come out.