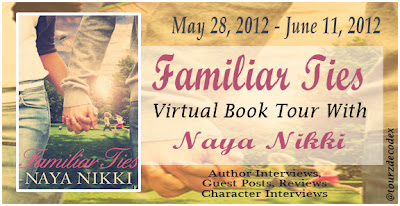 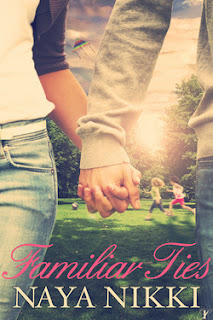 Max West is a widower raising Phoebe, his four-year-old daughter. Phoebe has to live with the fact that the day she was born is also the day of her mother’s death. As her fifth year without her mother approaches, Phoebe finds solace in her godmother, Amy Riley, and her daughter, Grace Crawford, another single parent family.

Amy Riley is a successful fashion designer who spends most of her days raising her four-year-old daughter, Grace, while her wayward boyfriend is travelling the world making the next best film. As the fifth year without her best friend looms she finds comfort in her ex-boyfriend, Max, and his daughter, Phoebe.


These two “broken” families have a tough week to face as the dreaded day approaches.However through their past, present and debatable future will their choices affect the outcome both parents clearly want and are simply denying? Or will Phoebe and Grace lose the only “whole” family they have ever known?

Born and raised in London, England, Naya Nikki is a student who’s spent most of her life taming her creative streak through writing short stories. She’s signed her first contract with InkSpell Publishing to publish her first book “Familiar Ties.” The story follows the journey of two single parents whose daughters want nothing more than for them to become a happy family.

She is currently earning a degree in English with a minor in Creative Writing that will allow her to build her writing career. When she isn’t at the university, Naya loves nothing more than spending time with her parents and grandparents as well as meeting her friends for gossip sessions over some hot coco.

Familiar Ties was a very enjoyable read; a sweet romance revolving around the heart and soul of a family before it became official.    I highly recommend this for a fun weekend read.   The characters are very well developed and not without their individual flaws.  The conflict was real.  Couples want their dreams to come true and the babies are the ones paying the price for those dreams.   I thought Naya did an excellent job of portraying her story and I compliment her grasp of Amy's conflict between the heart of a mother and the desires of her own heart.   Well done and highly recommended!
For additional reviews: