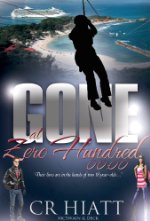 A prominent P.I. is gunned down - killed by a sniper - and it’s broadcasted on live TV.

Now, her daughter, along with her childhood pal, are thrust into a complex and riveting thriller forced to take on a secret club whose members call themselves The Privileged Ones - and branded with the tattoo of a devil.

They’re chased by men in ski-masks, nearly gunned down by members of a cartel, and the only way to bring down this criminal enterprise; is to crash a Mardi Gras bash and stop their private cruise ship from sailing off into the sunset. 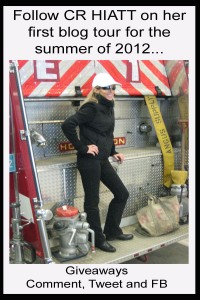 CR HIATT is a writer of screenplays and an author of YA and adult action-mystery novels. The daughter of a military veteran, CR grew up in a small town where she became an All-American athlete. CR knew early on that she wasn't cut out for the nine to five type of job - her tendency to day dream about adventures often got in the way. But, being the daughter of a Navy Veteran she also knew one had to do what was necessary to be secure, so she disciplined herself to push those dreams aside and settled on working in the entertainment legal field. When those dreams invaded her world once again, CR finally gave in and set out to write her own adventures. The journey started after CR interviewed big city firefighters and detectives about their lives on the job; then talked with some of their victims. That resulted in several stories, and her first YA series: McSwain & Beck. The novels are works of fiction, only based on real life events, but you can't help but wonder while reading the books which parts are true. When CR isn't writing, she enjoys renovating houses, spending time outdoors, catching up on her favorite books and TV shows and most importantly, spending time at the bonfires with her family and friends.

Who at age 18 didn't feel like they were invincible and were going to live forever?    Who wouldn't feel the weight of guilt for arguing with a parent in the AM and then losing that parent the same day?  And who wouldn't take over their mother's business as a means of support when there was no other means of support?   Fortunately Anna McSwain had taught both her daughter Sydney and her friend Cody Beck well in the mundane and safer issues of private investigation.   They had listened and learned well and were willing to takeover the business in her absence.    Two eighteen year olds were well in over their heads.  With one detective on the local police force as a trusted friend, they set out to do PI investigations.   Their first client however, hired them to investigate her brother, David Klein.   This case was directly related to Anna McSwain's death, unbeknownst to our sleuths.  There is danger, action, shootings, murder, kidnapping and human trafficing and a lot of puzzle pieces begging to be put together!

I enjoyed the book immensely.   Mysteries have become on of my favorite genres and CR Hiatt has become a new favorite author.   I loved how she kept Sydney McSwain tough and "relentless" and yet tender hearted to feel the suffering of the trafficed 16-20 year olds!
Posted by Unknown at 12:00 AM

Thanks for the review :)

Thanks for visiting...it's a good book!
Beth

Hi Beth - Thank you for being a host for my blog tour, and posting your thoughts. I love the opportunity to reach out to new readers. I am glad you enjoyed the book. Thank you so much.

I was clicking on the wrong link, and only found this blog site today. LOL Blonde moment.

Thanks for the review! :-) I also read the book. It was non-stop action. McSwain and Beck kick some serious butt!